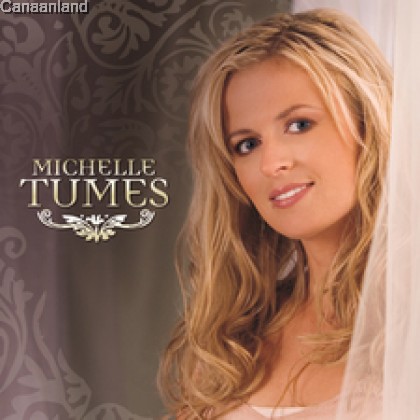 Description
The unique and ethereal Michelle Tumes is back with her fourth album after a hiatus of five years during which time she upped sticks to LA and signed with indie label Levantar Records. One thing's for sure, in that time Michelle has had some Enya albums super-glued into her CD player. The Celtic singer's influence is writ large across the 11 songs presented here. However, while that could be a pejorative statement, hinting at a lack of originality, the opposite is true here. Rather, the Celtic touches blend subtly with the CCM pop sounds which typified her 2001 album 'Dream'. On opening tracks Introit and Domine Michelle's pure voice even brings to mind Andrea Corr. All this is then wrapped around in sumptuous orchestral arrangements. \Production, courtesy of Tumes and hubby, Doug Higgins, is beautifully lush without becoming syrupy - a perfect confection. It also can't hurt that for the project some top LA session hounds like Lee Sklar and Vinnie Colaiuta provide some formidable playing alongside Michelle's own keyboard skills. Fair Weather can only be described as majestic with its driving orchestral backing and even (la-la-la) Lovely Day, which could have been unbearably naff in other hands, comes over as charmingly joyous. A mature return from a talented artist. \Track List: 1. Introit 2. Domine 3. Let It Rain 4. Fair Weather 5. Far 6. Gypsy Heart 7. Lovely Day 8. Break Through 9. Yearning 10. Caelum Infinitum 11. Hold on to Jesus \
Reviews (0)
view all
back
0
0 reviews
Tags: MUSIC MCEASY MISC WEB
Related Product