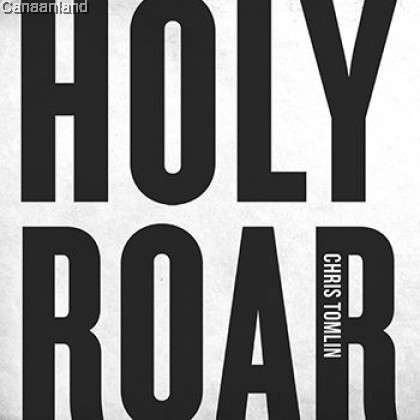 Description
As the songwriter behind the worship favorites “How Great Is Our God,” “Our God,” and “Whom Shall I Fear,” Chris Tomlin’s songs have been a large part of the collective voice from the church for years. Holy Roar is a response to that collective voice. Featuring “Resurrection Power” and the new single “Nobody Loves Me Like You,” this brand-new album has songs written specifically for the church that run the spectrum of worship – from personal reflections to shouts of praise.\Track List: 01. Holy Roar / 02. Nobody Loves Me Like You / 03. Resurrection Power / 04. Goodness, Love And Mercy / 05. Satisfied / 06. Impact / 07. Praise Him Forever / 08. Is He Worthy? / 09. Forever Young / 10. I Stand In Awe / 11. Praise Is The Highway / 12. How Sweet It Is\Chris Tomlin is among the most well-known and influential artists in contemporary Christian music. Referred to by TIME Magazine as "the most often sung artist anywhere." Selling over 8 million albums, Tomlin has 16 No. 1 radio singles, and the Grammy® winner’s list of music awards include an American Music Award, 3 Billboard Music Awards, 21 Dove Awards, a BMI Songwriter of the Year Award and more. Tomlin consistently has several songs in the top 20 of the Top 100 CCLI songs. BMI and GMA Dove Awards' 2014 Songwriter of the Year, Tomlin’s “How Great Is Our God” was his first No. 1 on the CCLI Top 25, becoming one of the fasting rising modern day hymns in CCLI chart history. Tomlin made history as his No. 1 single “Jesus Messiah” (Hello Love) garnered 97 adds at radio, making it the biggest ever add date in Christian radio history, and recently tied the record for most top tens in the history of Billboard's Hot Christian Songs chart as "At the Cross" (Love Ran Red) broke into the top ten. In the midst of his record-breaking success, Tomlin continues touring and leading at Passion Conference gatherings across the US and worldwide, including his recent Worship Night In America events, which sold out NYC’s Madison Square Garden, Denver’s Red Rock’s and Sacramento’s Sleep Train Arena. Burning Lights debuted at No. 1 atop the Billboard 200 in January 2013, making history as only the fourth Christian music album to do so. Honored last fall as the fourth recipient of the SoundExchange Digital Radio Award, recognizing more than 1 billion digital radio plays, Tomlin’s latest album Never Lose Sight and debut children’s book Good Good Father are available now.\Chris Tomlin
Reviews (0)
view all
back
0
0 reviews
Tags: MUSIC MCPW INSIG WEB
Brands
Categories