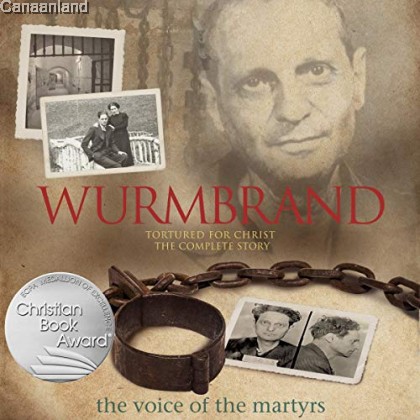 Description
On February 29, 1948, Richard Wurmbrand was arrested by the secret police. His crimes? Leading Christian worship and witnessing - both of which were illegal under the atheistic Communist regime of Romania.
Richard spent 14 years in prison. He was tortured, beaten, and locked into a solitary confinement cell. Sabina Wurmbrand spent three years in a labor camp, nearly freezing to death as she and other prisoners worked on the Danube Canal. She was repeatedly told her husband had died behind bars.
But Richard and Sabina Wurmbrand had an unshakable faith in Christ. Neither of them gave up hope, and neither of them would stop talking about Jesus.
Now, for the first time, both sides of this amazing story are told in one audiobook. Wurmbrand tells of Richard and Sabina Wurmbrand, combining stories and research from the following books: The Pastor’s Wife, In God’s Underground, and Tortured for Christ. Your faith will be inspired as you go deep inside the darkest prison cells to see how the light of Christ continues to shine from the hearts of those totally committed to him.

The Voice of the Martyrs (VOM) is a nonprofit, interdenominational missions organization that offers practical and spiritual help to persecuted Christians around the world. Founded in 1967, VOM is dedicated to inspiring all believers to deepen their commitment to Christ and to fulfill His Great Commission no matter the cost.
Reviews (0)
view all
back
0
0 reviews
Tags: BOOKS BBIOG COOK WEB
Related Product

Hearts of Fire: Eight Women in the Underground Church and Their Stories of Costly Faith
RM55.90

The Witnesses: Graphic Novel
RM59.90
Others also bought these...

One Year Book of Devotions for Boys 2
RM52.90
Brands
Categories