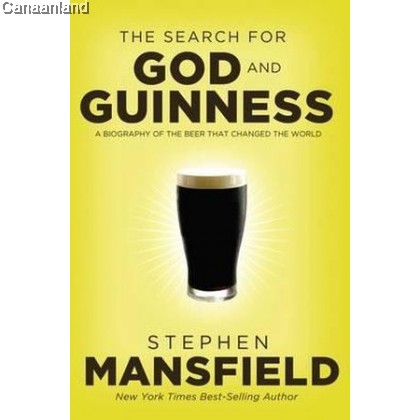 RM57.90
The Search For God and Guinness

Description
The history of Guinness, one of the world's most famous brands, reveals the noble heights and generosity of a great family and an innovative business.
It began in Ireland in the mid 1700s. The water in Ireland, indeed throughout Europe, was famously undrinkable, and the gin and whiskey that took its place devastated civil society. It was a disease ridden, starvation-plagued, alcoholic age, and Christians like Arthur Guinness-as well as monks and even evangelical churches-brewed beer that provided a healthier alternative to the poisonous waters and liquors of the times. This is where the Guinness tale began. Now, 250 years and over 150 countries later, Guinness is a global brand, one of the most consumed beverages in the world. The tale that unfolds during those two and a half centuries has power to thrill audiences today: the generational drama, business adventure, industrial and social reforms, deep-felt faith, and the noble beer itself.
"Frothy, delicious, intoxicating and nutritious! No, I'm not talking about Guinness Stout-I'm talking about Stephen Mansfield's fabulous new book...The amazing and true story of how the Guinness family used its wealth and influence to touch millions is an absolute inspiration." - Eric Metaxas, New York Times best-selling author
"It's a rare brew that takes faith, philanthropy and the frothy head of freshly-poured Guinness and combines them into such an inspiriting narrative. Cheers to brewmaster Stephen Mansfield! And cheers to you, the reader! You're in for a treat." - R. Emmett Tyrrell Jr., Founder and editor-in-chief of The American Spectator

Author: Stephen Mansfield is the New York Times bestselling author of Lincoln's Battle with God, The Faith of Barack Obama, Pope Benedict XVI, Searching for God and Guinness, and Never Give In: The Extraordinary Character of Winston Churchill. He lives in Nashville, Tennessee, with his wife, Beverly.
Reviews (0)
view all
back
0
0 reviews
Tags: ACADEMIC BHIST NELSO WEB
Brands
Categories