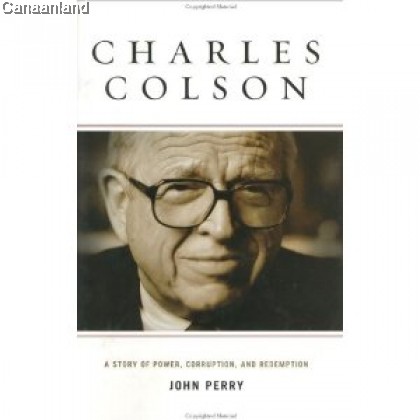 Description
Before he was forty, ex-marine captain Charles Colson was appointed special counsel to President Richard Nixon. He later became Nixon's Watergate hatchet man. By the time Nixon resigned in the summer of 1974, Colson was a convicted felon. In prison, his religious conversion, which had begun before he started his sentence, was fortified and reaffirmed.\When he was released, he founded Prison Fellowship Ministries, which is now the largest prison outreach in history. For the first time, John Perry tells the whole story of Colson's life and conversion and holds him up as dramatic proof that no one is beyond God's power to save.\Charles Colson is was the chairman of the board for Prison Fellowship Ministries, a contributing editor for Christianity, host of a daily radio program, "Break Point, " and the author of thirty-eight books. Charles Colson was interviewed by the author for this biography.\John Perry
Reviews (0)
view all
back
0
0 reviews
Tags: BOOKS BBIOG LIFEW WEB
Brands
Categories