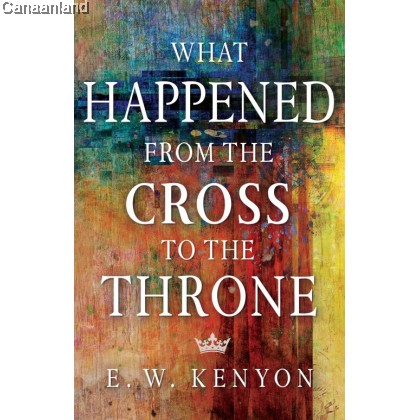 RM48.90
What Happened from the Cross to the Throne

Description
Believe it or not, as they stood at the foot of the cross, the original disciples who walked in close companionship with Jesus knew nothing of the real mission of the man they followed. They did not realize who Christ was, why He came, why He had to suffer, and what was to be gained by His suffering. They did not know what happened on the cross, or during the three days and nights in the tomb before His resurrection. They did not know why the incarnation was important, or that it even was an incarnation. All they could see was the undeserved suffering of their friend and rabbi.
Now, legendary Bible teacher E. W. Kenyon reveals hidden truths that were not fully understood until the Pauline Revelation of the Epistles. Until God revealed these truths to the apostle Paul, no one understood why Christ came...why His death on the cross was necessary...or what exactly occurred in the tomb. They did not comprehend the good news: that because of these events, we now become the righteousness of God, people who can stand in God's presence without a sense of guilt, shame, or inferiority. This is the miracle of redemption and the miracle of New Creation. It is the confidence to overcome the devil, to heal disease, and to call Lazarus out of the tomb.
To this day, far too many believers share the disciple's view of Jesus: a biographical account of the things He did, the words He spoke, and the suffering He endured. Because of this limited revelation, their Christian faith will experience the same fears and doubts the disciples were left with the day Jesus was crucified. Like the apostles at Pentecost, we must move beyond sense knowledge and into the Spirit realm. We must move beyond religion and into a living and active truth if we are to truly walk in a powerful and overcoming faith.

Author: E. W. Kenyon (1867–1948) was born in Saratoga County, New York. At age nineteen, he preached his first sermon. He pastored several churches in New England and founded the Bethel Bible Institute in Spencer, Massachusetts. (The school later became the Providence Bible Institute when it was relocated to Providence, Rhode Island.) Kenyon served as an evangelist for over twenty years. In 1931, he became a pioneer in Christian radio on the Pacific Coast with his show, Kenyon’s Church of the Air, for which he earned the moniker “The Faith Builder.” He also began the New Covenant Baptist Church in Seattle. In addition to his pastoral and radio ministries, Kenyon wrote extensively. Among his books are The Blood Covenant, In His Presence, Jesus the Healer,New Creation Realities, and Two Kinds of Righteousness.
Reviews (0)
view all
back
0
0 reviews
Tags: BOOKS BCLAS WHITA WEB
Categories