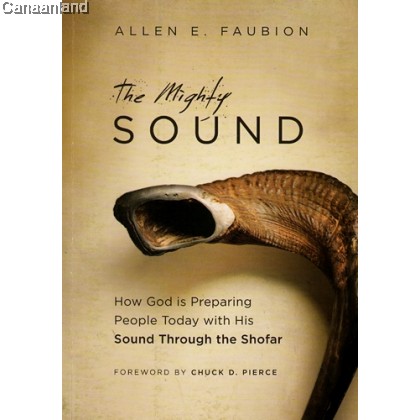 Description
When I reflect on how God’s people have used the ram’s horn shofar, I am reminded that it is truly “God Tough.”
It doesn’t look like a smart bomb or a weapon of mass destruction, yet It was used to route a two hundred-thousand-man army in a day. No Wall Street hedge fund manager would ever refer to the shofar as a “financial instrument,” yet its sound has changed the fortunes of nations. I know of no surgical operating room that includes the shofar as a piece of its valuable equipment, though the shofar sound can raise the dead. There are many preachers who would rather people hear their voice than the sound of the shofar, even though the Lord himself is described as having a voice “like a loud trumpet.” (Revelation 1:10). No Marine band ever announces an important leader or dignitary with the shofar blast yet, it always blows before the Ancient of Days arrives. The shofar is strange and it works!
Table of Contents:
Section 1: Awake!
Chapter 1: Waking Up
Chapter 2: The Awakening Sound
Section 2: Alert!
Chapter 3: Paying Attention to the Sound
Chapter 4: The Holy Sound
Chapter 5: The Fruitful Sound
Chapter 6: The Mighty Sound
Chapter 7: The Overcoming Sound
Chapter 8: The Transforming Sound
Section 3: Announce!
Chapter 9: When God Announces
Chapter 10: Announcement 1: Today When You Hear My Voice
Chapter 11: Announcement 2: A Rest Remains and the Sound of Jubilee
Chapter 12: Announcement 3: The African Shofar
Chapter 13: Announcement 4: The Four Winds
Author: Allen Faubion is sent out by Chuck Pierce and the ministry of Gory of Zion International at the Global Spheres Center in Corinth, Texas. He has ministered in more than 35 countries in Asia and Africa. Allen prophetically ministers and imparts with the Ram’s horn. He calls and activates people to experience the fullness of God’s breath and voice, so they can awaken, alert, and announce to people how the Lord is restoring His covenant and ways with their land, people, and creation. Allen has a B.A. in Ancient Languages from Wheaton College and a Th.M. from Dallas Theological Seminary. He has ministered for almost 40 years. Allen and Mindy live in Denton Texas.
Reviews (0)
view all
back
0
0 reviews
Tags: BOOKS BCHAR GOZIM WEB
Brands
Categories