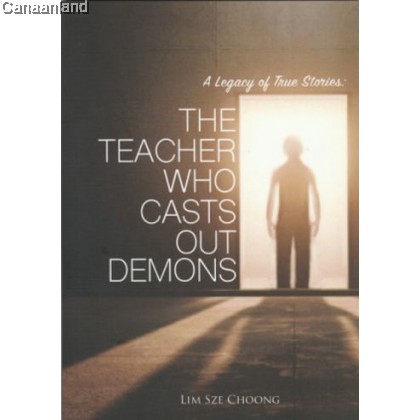 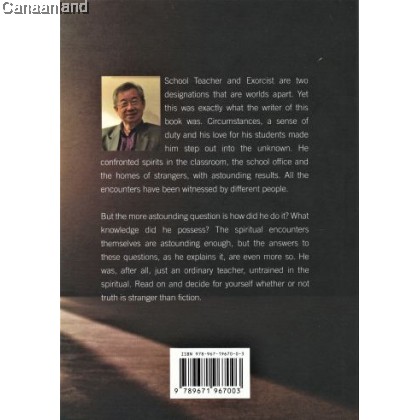 RM15.00
A Legacy of True Stories: The Teacher Who Casts out Demons

Description
School teacher and exorcists are two different designations that are worlds apart. Yet this is exacly what this writer of the book was. Circumstances, a sense of duty and his love for his students made him step out into the unknown. He confronted spirits in the classroom, the school office and the homes of strangers, with astounding results. All the encounters have been witnessed by different people.
But the more astounding question is how did he do it? What knowledge did he possess? The spiritual encounters themselves are astounding enough, but the answers to these questions, as he explains it, are even more so. He was, after all, just an ordinary teacher, untrained in the spiritual. Read on and decide for yourself whether or not truth is stranger than fiction.
Circumstances led me down an unusual journey. I had never intended to get involved with demons. But there I was casting them out. That actually surprised me because I grew up with a fear of ghosts. And not just ghosts, but evil spirits as well. What is the difference, you may ask. I did not know then, but I do now. Then, ghosts to me were apparitions that appeared at places of accidents or homicide. They were scary because we did not know what they were after. And our fear was often tempered with sympathy because we thought they might have suffered some cruel injustice and have come back to seek resolution.
Evil spirits on the other hand gave us a different kind of fear. Unlike ghosts, they are invisible. They normally minded their own business. Until they were disturbed. Most Asians have heard stories of evil spirit affliction. Thankfully, the victims usually got well once prayers and apologies were offered. I carried such fears with me when I began my teaching career in 1971 at the age of 21. When my son was born in 1973, I taught him to tread carefully and to respect the spirit world. Then things took a turn in 1981. I was led down a path I had never walked before. I was told I could cast out evil spirits. When I first heard that, I told myself, no. Evil spirits were spirit and I was flesh. They can see me but I cannot see them. They can strike me but I cannot strike them. It would not be a fair fight. It would be like a five year old boy going into the boxing ring against a twenty year old.
And yet there I was casting out evil spirits in the school office and from strangers’ homes. How did that come about? Well, read on and find out. Every word I have written is true.
Author: Lim Sze Choong
Reviews (0)
view all
back
0
0 reviews
Tags: BOOKS BBIOG LOCAL WEB
Related Product

Ebook - A Legacy of True Stories: The Teacher Who Casts out Demons
RM12.00
Brands
Categories