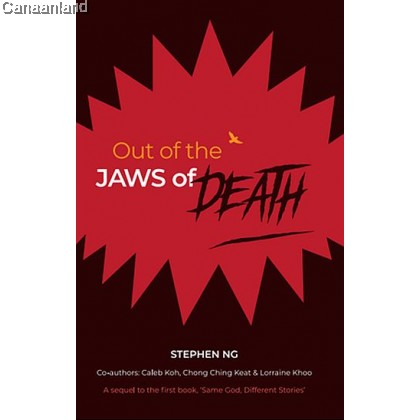 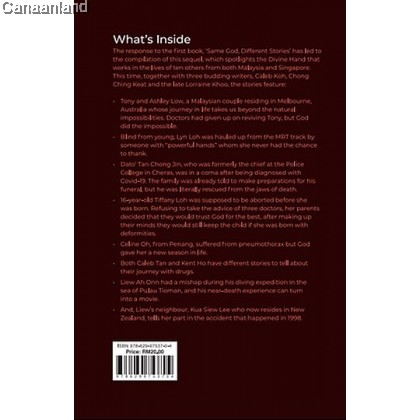 Description
The sequel to the first book, "Same God, Different Stories." it features among others:
• Tony and Ashley Low, a Malaysian couple residing in Melbourne, Australia whose journey in life takes us beyond the natural impossibilities. Doctors had given up on reviving Tony, but God did the impossible.
• Blind from young, Lyn Loh was hauled up from the Singapore MRT track by someone with “powerful hands” whom she never had the chance to thank.
• Dato’ Tan Chong Jin, who was formerly the chief at the Police College in Cheras, was in a coma after being diagnosed of having Covid-19. The family was already told to make preparations for his funeral, but he was literally rescued out of the jaw of death.
• 16-year-old Tiffany Wong was supposed to be aborted before she was born. Refusing to take the advice of three doctors, her parents decided that they would trust God for the best, after making up their minds they would still keep the child if she was born with deformities.
• Both Caleb Tan and Kent Ho have different stories to tell about their journey with drugs.
• Liew Ah Onn had a mishap during his diving expedition in the sea of Pulau Tioman, and his near-death experience can turn into a movie.
• Liew’s neighbour, Kua Siew Lee who now resides in New Zealand, tells her part of the story when the accident happened in 1998
and a bonus story -- one extra chapter compared to the first book -- on Celine Oh who suffered from pneumothorax or the collapse of one of her lungs.