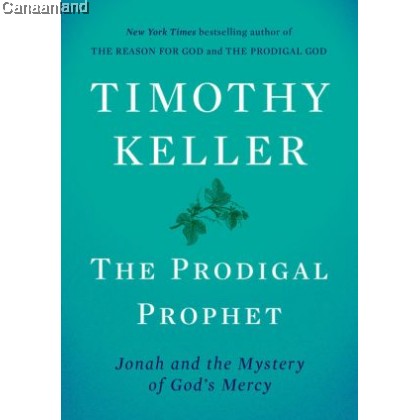 RM53.13 RM75.90
The Prodigal Prophet: Jonah and the Mystery of God's Mercy, Hardcover

Description
An angry prophet. A feared and loathsome enemy. A devastating storm. And the surprising message of a merciful God to his people.
The story of Jonah is one of the most well-known parables in the Bible. It is also the most misunderstood. Many people, even those who are nonreligious, are familiar with Jonah: A rebellious prophet who defies God and is swallowed by a whale. But there's much more to Jonah's story than most of us realize.
In The Prodigal Prophet, pastor and New York Times bestselling author Timothy Keller reveals the hidden depths within the book of Jonah. Keller makes the case that Jonah was one of the worst prophets in the entire Bible. And yet there are unmistakably clear connections between Jonah, the prodigal son, and Jesus. Jesus in fact saw himself in Jonah. How could one of the most defiant and disobedient prophets in the Bible be compared to Jesus?
Jonah's journey also doesn't end when he is freed from the belly of the fish. There is an entire second half to his story--but it is left unresolved within the text of the Bible. Why does the book of Jonah end on what is essentially a cliffhanger? In these pages, Timothy Keller provides an answer to the extraordinary conclusion of this biblical parable--and shares the powerful Christian message at the heart of Jonah's story.

Author: Timothy Keller was born and raised in Pennsylvania, and educated at Bucknell University, Gordon-Conwell Theological Seminary, and Westminster Theological Seminary. He was first a pastor in Hopewell, Virginia. In 1989 he started Redeemer Presbyterian Church in New York City, with his wife, Kathy, and their three sons. Today, Redeemer has more than five thousand regular Sunday attendees and has helped to start over 250 new churches around the world. Also the author of Every Good Endeavor, The Meaning of Marriage, Generous Justice, Counterfeit Gods, The Prodigal God, Jesus the King, and The Reason for God, Timothy Keller lives in New York City with his family.
Reviews (0)
view all
back
0
0 reviews
Tags: ACADEMIC BREFE PENGU WEB
Categories