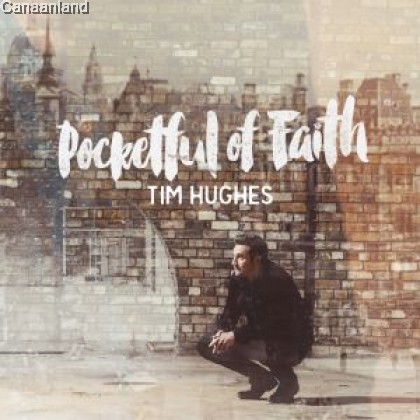 Description
Tim Hughes, international worship leader, critically acclaimed singer/songwriter and recently ordained Anglican pastor releases his new album, ˜Pocketful Of Faith'. From an album that Tim describes as a personally 'deeply cathartic' experience yet also an ˜exciting step of faith', lead single, ˜Hope and Glory' (premiered at HTB's 2015 leadership conference at the Royal Albert Hall) and follow up ˜Here With Me' set a precedent for the rest of the album, both the personification of the modern day 21st century hymn whilst faster paced ˜Only The Brave' and ˜Plans' are equally anthemic. Pocketful Of Faith was designed to be his most ambitious, passionate and musically extreme effort to date.

Deeply autobiographical in nature, right now, in 2015, Pocketful Of Faith represents a new chapter for Tim, chronicling both his faith and family life progression as he moves from the role of worship Pastor at Worship Central in London to a new challenge; planting church in England's second city, Birmingham. On that move Tim says, The songs on this album capture so much of the journey I've been on over the last 18 months. That journey being a move to Birmingham to plant a church into the city centre. It's involved a huge amount of faith and is definitely been the riskiest thing I've ever done.

Written with longstanding friend and church planting partner, Nick Herbert and produced by Nathan Nockels, Pocketful Of Faith is the story of a young family stepping out, leaning into God when a new call comes. I was keen that the album captured this blend of celebration and raw abandoned intimacy, that seemed to be so much of what life is about, these moments of joy and exhilaration adventure excitement, mixed with moments of pain, insecurity fear uncertainty and in all of this we find God. I wanted the sound to capture something of those extremes ¦.to feel brave but also to feel intimate, to carry that tension of being bold but feeling over-whelmed.